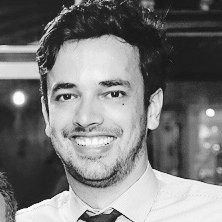 Summary
The focus of the case study will be a soil structure interaction analysis by the direct method of a 55 story (168 m) building in the Brazilian coastal city of Balneario Camboriu. The session will showcase the unique project challenges of designing a high rise structure in soft sand. It will also show how the model was easily created due to the the interaction between several platforms, with the model geometry created in Autodesk Revit, then coverted into a structural model in Midas GEN, and then finally imported and analyzed with the ground in Midas GTX NX.

Soil-structure interaction is a key point when dealing with high-rise structures, and it’s still a field that is evolving to more refined results.
From the geotechnical viewpoint, the results of settlements (total and differential), distribution of loads and moments in the piles, interaction between the raft and the soil (piled raft hypothesis), interaction between the piles (group effect), are very important topics, that are only able to be achieved with accuracy when using 3d numerical modeling. Along with a platform that enables this modelling, the soil properties might be modelled with the use of soil constitutive models, as the modified cam-clay model. Midas GTS NX allows this analysis to be done with all those pre-requisites.
Some numerical models of building foundations are made by only applying a load or pressure by the base of the columns, while neglecting the redistribution of loads in the superstructure, and its stiffness/rigidity. Those results than, might deviate from the real behavior of the structure, showing higher values of differential settlement. Midas GEN allows that the complete structure model be exported, and then fully imported in Midas GTS NX, allowing that a full model – superstructure + foundation – be done in an integrated platform.