From the previous tip geometric nonlinearity explained, Dr. Seungwoo Lee compared various approaches to approximate geometric nonlinearity by showing examples of how they varied the structural effects of the studied cantilever beam. One of the easier and more accurate approaches was through linearized finite displacement analysis in midas Civil, which was then compared with the hand calculation that considered stiffness reduction due to the compression of the cantilever beam. In this article, Dr. Lee shows the stiffness strengthening effects caused by tension in the cantilever beam, and demonstrates through example how that contributes to one of the key concepts in the suspension bridge analysis.

Figure 1. Cantilever beam with axial tension (from Mechanics of Materials by Goodno and Gere). 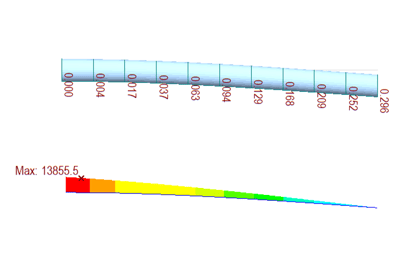 Figure 2. (Top) Deflection in ft, and (bottom) base moment in kip-ft of the cantilever beam.

To check the computer output using hand calculation, first we assume that the structural system shown in figure 1 is equivalent with that in figure 3. 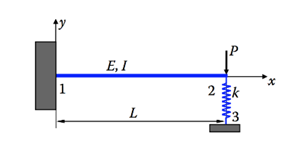 The increase in stiffness caused by axial tension can be represented by a function of T/L (page 164 of midas Civil analysis reference). Therefore the new stiffness of the system is shown below,

Both the end displacement and the base moment well match with the computer output. Compared with the ordinary linear analysis, the bending moment is reduced by 17%. In other words, the axial tension in the beam decreases its base moments and end deflections, and this effect is called tension stiffening.

We can calculate bending moments from simple linear analysis (M = 16730 kip-ft), but the output is somewhat larger than that from non-linear analysis (M = 13827 kip-ft). In this short, stiff structure, these effects may not be significant (17%), however, this effect may be huge in the long span suspension bridges.

Below is an example of doing real suspension bridge analysis using midas Civil. 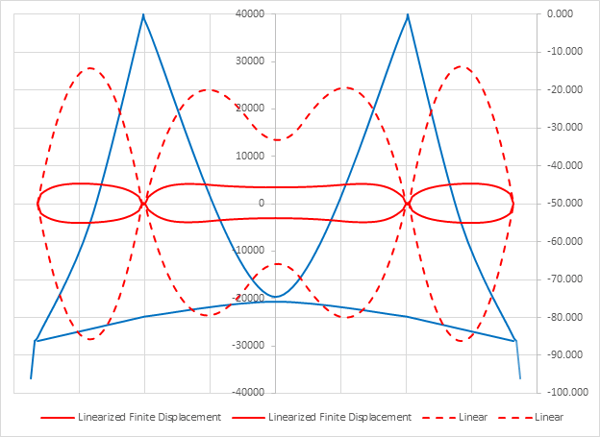 This concept was realized by Melan and the nonlinear equation itself was formularized in 1888, however, we had to wait sometime until brilliant engineer Moisseiff solved this equation and designed the Manhattan bridge using his own solution. The Manhattan bridge was opened to traffic is 1909 and bridge engineers call it the 1st "modern" suspension bridge.