How to Perform Time-dependent Analysis?

Mainly there are two ways to perform the time-dependent analysis. One is the time-step analysis and the other is the age-adjusted method.

As always, before starting theory discussions, start with a simple example.

A prestress force P = 1400 kN and a bending moment M = 390 kN-m are applied at age t0 = 5 days on the rectangular post-tensioned concrete section shown in Figure 1. Calculate the stresses, the axial strain and curvature at age t0 and t = ∞ given the following data: Ens = Eps = 200 GPa; f’c = 5 ksi, RH = 70%, ts = 3 days. The dimensions of the section and cross-section areas of the reinforcement and the prestress duct are indicated in Figure 1.

Assume that the intrinsic relaxation, ∆σpr∞ = −115 MPa and the characteristic tensile strength of the prestressed steel, fptk = 1770 MPa. 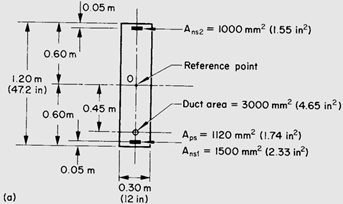 The axial strain at O and curvature is

When the reference point O is chosen at the centroid of the section, B = 0, and the equation takes the more familiar form

In this example, the reference point O is chosen at the top of the section. 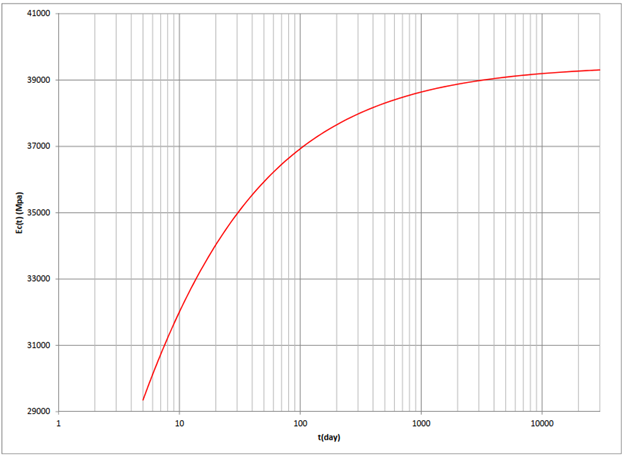 Restrained strain due to concrete creep 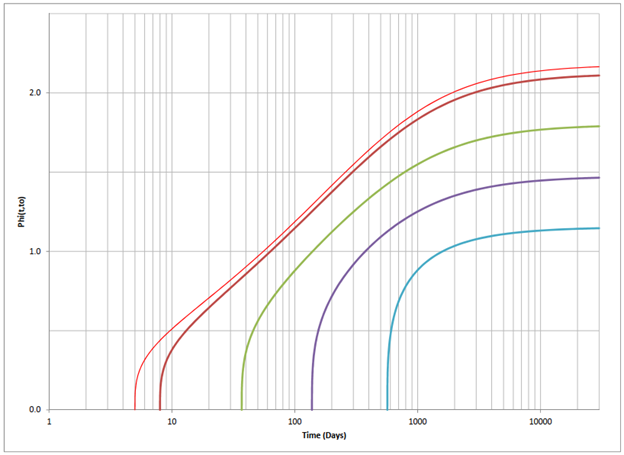 Restrained strain due to concrete shrinkage 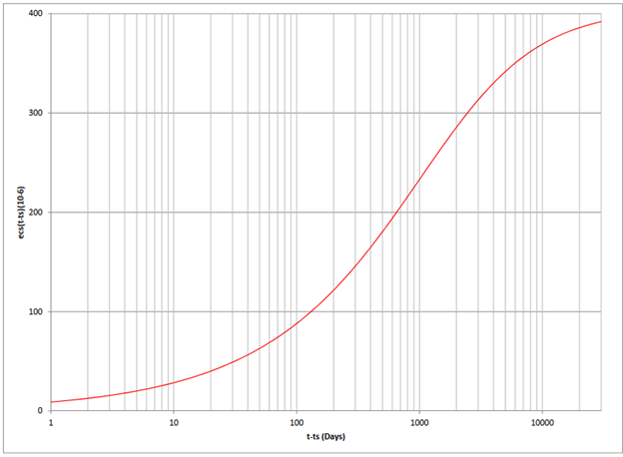 Restrained strain due to strand relaxation 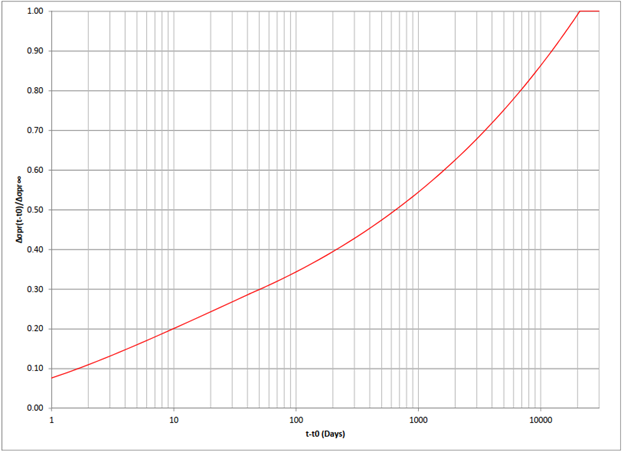 Strain due to restraint

The calculated value of χr matches with the assumed value. No further iteration is needed. Repeat the same calculations for the next time steps.

Midas Civil File for This Example 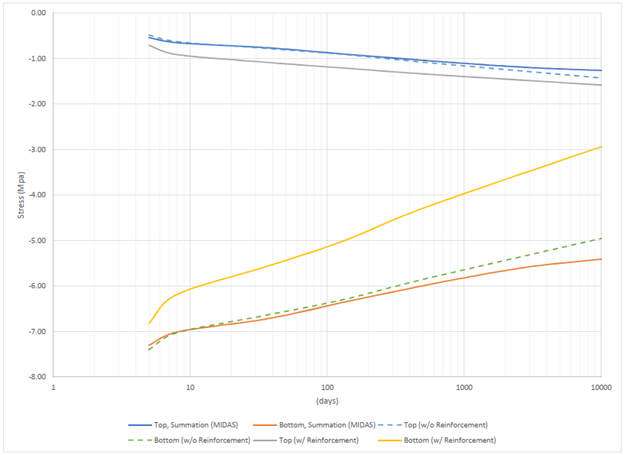 Figure 6 shows top and bottom concrete stresses from this article and Midas Civil. Can be seen some differences at the bottom fiber and this is because reinforcements would support portions of external load and prestress. Also, stresses are transferred from concrete into reinforcement as time passes. The dashed line shows stresses without considering reinforcements and well matches with Midas Civil.

It can be seen that if we use the stress value directly from the computer output, we do need some levels of adjustment to consider the effects of reinforcements.

In this example, the top and bottom stresses at the time of infinity are -0.728 MPa and -5.18 MPa from the age-adjusted method. 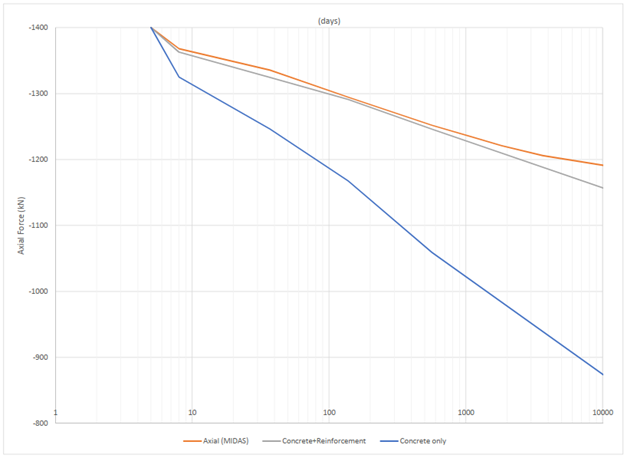 Equal time division is not efficient because creep develops more rapidly during the early steps. There are many ways to consider these effects, and one of these is to assume the time division as a geometric sequence. The author prefers to divide the time steps corresponds to equal creep coefficients.