Leaning Into Safety with SSI 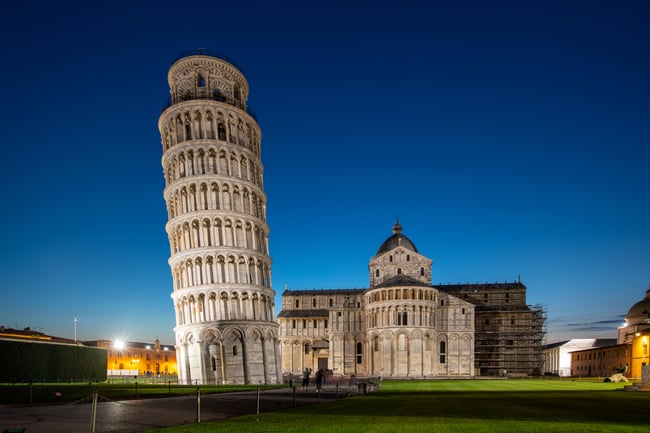 Bonanno Pisano and Gherardo diGherardo were tasked with the honor of the ceremonial complex of monuments that would enrich the Piazza dei Miracoli, the Square of Miracles. Midst the construction of the second story of the bell tower, Pisano and Gherardo saw something was wrong, very wrong.

When the construction finally completed over two centuries later, the structure stood erect at a respectable 56.67 meters (186-feet) high or 55.86 meters (183-feet) depending on who you ask. Over time, Pisano and DiGherardo's project became a beloved attraction not only by locals but a popular destination by all world-travelers. A small accident that made a ceremonial tower lean a bit too uncomfortably to the south. The tower called the Torre pendente di Pisa; we're more familiar as the Leaning Tower of Pisa.

The famous tilt is credited to two reasons; the shallow foundation that supported the tower and the soft ground surround Pisa. Over the years, the tower had seen a gradual increase in inclination, capping at 5.5-degrees before countermeasures were taken. However, to geotechnical engineers, the biggest question about Pisa Tower isn't about the tilt as much as how it survived the unstable ground since its inception.

The question was investigated by Professor Camillo Nuti (Roma Tre University) with a 16-member research team joined by Professor George Mylonakis (Bristol University). The Pisa Tower had gone through at least four earthquakes and managed to remain unscathed. After a thorough investigation of the seismological, geotechnical, and structural data, the team had concluded it was due to dynamic soil-structure interaction (SSI). 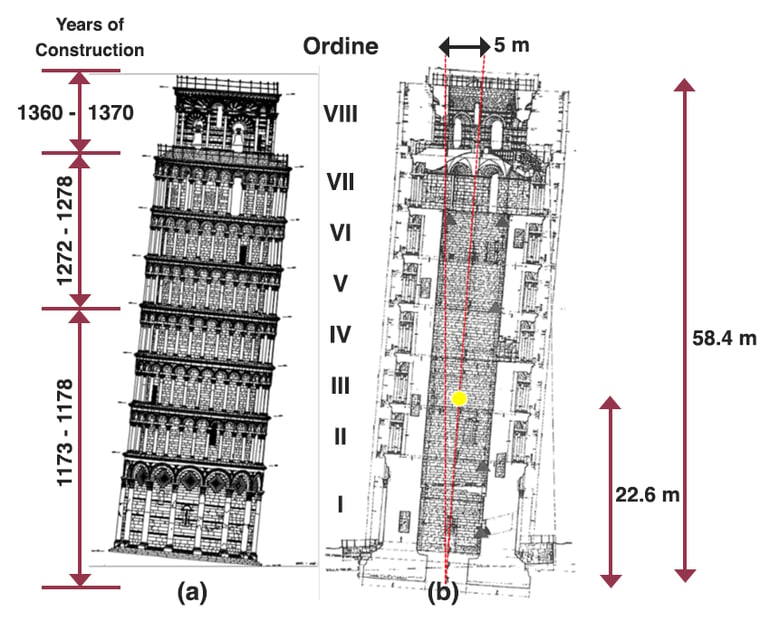 Dynamic SSI to put it simply is the interaction between the structure and ground during an earthquake. Several influences affect the interaction: stiffness of the ground, the dynamic characteristics of the structure, and the foundation type. However, within those influences, two components need to be discussed: the natural frequency and the damping.

The reason this is relevant to the Pisa Tower is that when considering SSI between the ground and structure, there is a change in the dynamic properties of the system, which allows the tower to experience a lower spectral acceleration. That's because the entire system has greater flexibility, meaning by the time the acceleration reached the tower, it was significantly reduced. Meanwhile, the damping of the coupling system is much larger than that of the tower itself. These tendencies, along with the tower height and stiffness on weaker soil, resulted in modified behavior. Therefore it survived.

Professor Mylonakis, of the University of Bristol, said: "Ironically, the very same soil that caused the leaning instability and brought the Tower to the verge of collapse, can be credited for helping it survive these seismic events."

So the final question lingers if considering SSI could be so beneficial to the safety of structures and, therefore, for people, why not consider it more often? While it is useful for structures, it can conveniently be neglected for conservative design, unfamiliarity, and budget, despite showing long-term economic benefits.

The leading practice is to replace the SSI with an equivalent fixed-base model with a longer frequency and a larger damping ratio. Most of the design codes use oversimplified design criteria, maintaining constant acceleration up to a certain period, and then, decreasing monotonically. Considering SSI can help geostructural engineers in optimizing the structure, which could reduce the cost and avoidance of another catastrophic "accident."

SSI is not perfect, as is most geotechnical engineering. However, it is irrefutably moving in the right direction to one day unravel the mysteries of soil behavior. This type of analysis needs advanced tools to consider structure and ground behavior directly, avoiding simplifications that can trigger errors in the results. Midas provides a comprehensive solution to this problem as it can couple the structural model and the geotechnical model through its two software; GEN and GTS NX. 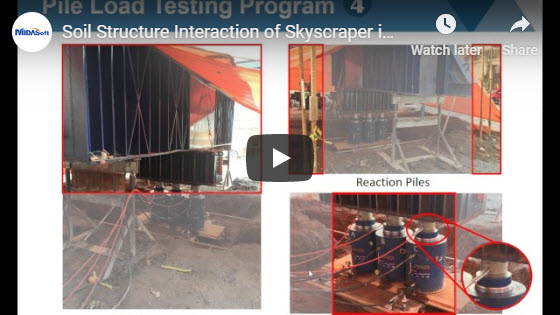 With GEN, users can generate any structural model, while with GTS NX, allowing to import the model made in GEN and automatically integrates it to the geotechnical model. Thus achieving a single model that can perform the direct interaction analysis. You can see more by CLICKING HERE >

You don't have a midas GTS NX license?